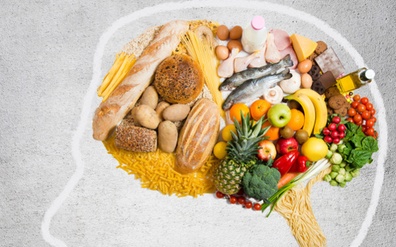 We’d all like to be smarter, be able to think with more focus or clarity, but did you know that there are foods that can help you do exactly that? It shouldn’t really come as a surprise that whole foods have the ability to do this with the will of Allah. They are after all created to be rich in vitamins, minerals and other nutrients that help maintain good health in more ways than one.

Please note that a clouded, unsharpened mind, with the feeling of a veil in your head is often a sign for candida yeast overgrowth. We will have more on that topic in short, so check out our later blog articles!

Let’s look at 7 foods that can help boost brain power with the will of Allah:

Coconut oil is recognized as a super food because of its rich nutritional value. In research studies, it has shown to have a significant impact on cognitive ability, particularly in elderly people. Coconut has been researched in several studies related to neuro-degenerative conditions such as Parkinson’s disease, Motor neuron disorder and Alzheimer. It has also been used in therapies for epilepsy. Coconut is proving that it can contribute to healing of most neuro related condition. In addition, researchers are now considering that consuming coconut oil daily could also have a protective effect on the brain, helping to improve cognitive abilities in healthy people, and preventing the early onset of conditions such as Alzheimer.

Blueberries are a powerhouse of phytonutrients, vitamins and minerals. The antioxidants in blueberries help to protect the brain from oxidative stress. Blueberry flavonoids may also help to improve memory and learning as well as decision making ability and general cognitive ability. Studies have shown that blueberries may also have a protective effect on the brainand help relieve some of the effect of conditions such as Alzheimer.

Dark chocolate is rich in cocoa flavonols. These compounds not only provide the delicious chocolate taste, they also have benefits for our brain. In one study chocolate was found to improve memory in healthy young adults. Other studies have shown how a regular consumption of cocoa can improve cognitive ability. Cocoa is also rich in antioxidants which can help reduce oxidative stress on the brain.

Whole grains contain essential proteins that help to maintain healthy brain function. Low GI whole grains also help to supply the brain with a constant, slow release energy source. This has been linked to helping to maintain alertness during the day.

Omega 3 fatty acids are vital to brain development and most pregnant women are advised to take Omega 3 supplements to ensure healthy development of their child while pregnant.  The active ingredient that supports healthy brain function is DHA(docosahexaenoic acid)which is found in fatty fish. Another good source of omega 3 is flaxseed whose active ingredient is ALA  (alpha-linolenic acid)– also beneficial in supporting brain function by improving functioning of the cerebral cortex. However, some studies show ALA omega 3’s do not have the same effect as DHA. There are mixed results of DHA as a treatment for Alzheimer but other studies have shown that DHA based omega 3’s could have benefits in terms of cognitive abilities.

If you look at a shelled walnut you will notice that it looks a lot like a human brain, and fittingly they are good for exactly that. Walnuts contain essential nutrients such as manganese, iron and calcium as well as omega 3’s. In particular, walnuts contain high levels of antioxidants that help to reduce oxidative stress in the brain.

Avocado is rich in oleic acid and potassium which help to improve both heart and brain health. Oleic acid has shown to be instrumental in lowering the risk of cardiovascular disease and in particular strokes.

Previous Cancer stem cells killed in 24 hours
Next Could The Cause Be Candida?
Related Products