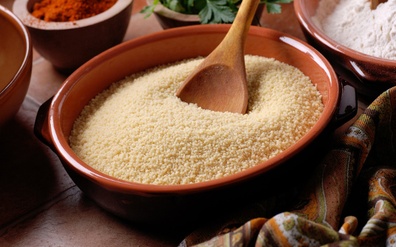 Millet is a gluten free grain that grows well in arid regions. There are several varieties of millet and some types are used as feed for chickens and cattle. The most common type used for human consumption is proso millet which resembles uncooked quinoa or mustard seeds.  Millet is rich in nutrients and is reported to have many health benefits. It has a neutral flavour and can be used as a basis for a main meal or prepared as a salad or side dish.

Where does Millet originate from?

It is believed that the cultivation of millet originated in north east Africa, in countries such as Ethiopia. Then, through trade it became a staple food in parts of Asia and Europe. In many developing countries, it has remained a staple food; though, it is not consumed as widely in western countries. In India millet flour is used to make roti’s – a traditional accompaniment for curries. Today, most of the world’s millet crop is grown in North Africa, India and China.

What types of Millet are there?

There are several varieties of millet, although only 4 types are commonly cultivated for human consumption. These are proso, pearl, foxtail and finger millet. Of these, proso is the most common. It is a hulled type of millet that is small golden yellow granules.

Why is Millet so healthy?

Millet contains essential minerals such as magnesium, calcium, phosphorous, zinc, selenium, potassium and iron. It is also rich in Vitamin B6 and folate. Millet contains 11% protein and is rich in both omega 3 and omega 6 fatty acids. Studies have shown millet to be beneficial for digestive and cardiovascular health, particularly for older women.

What foods can Millet be used as a substitute for?

Millet is a gluten free grain and can be substituted for rice, couscous or quinoa. Millet can also be ground to a flour and used as a substitute for wheat in gluten free baking. Millet is a nutritious base for making salads and other lunch time meals.

How to prepare Millet:

It is recommended to soak millet for 3-6 hours. This helps to activate the grains and make the nutrients more digestible. Once soaked millet takes 15-30 minutes to cook depending on the texture you prefer. If preparing millet for use in a salad, you will use just half a cup of boiling water and cook for +/- 15 minutes. If you prefer a moist sticky texture, use 1 cup of boiling water and cook for 20-30 minutes until all the liquid is absorbed. Millet can be prepared in advance and reheated or eaten cold as a salad.

How to store Millet:

In its dry seed form, millet should be kept in a cool, dry container in a cupboard away from direct sunlight. A glass bottle with an airtight seal is the best option. However, a plastic airtight container is also adequate. The most important thing to note when storing millet is to make sure that there is no moisture inside the container as this can cause the seeds to spoil. Once cooked, millet can be stored in the refrigerator for 2-3 days.