Black Seed - A Cure For Every Disease Except Death 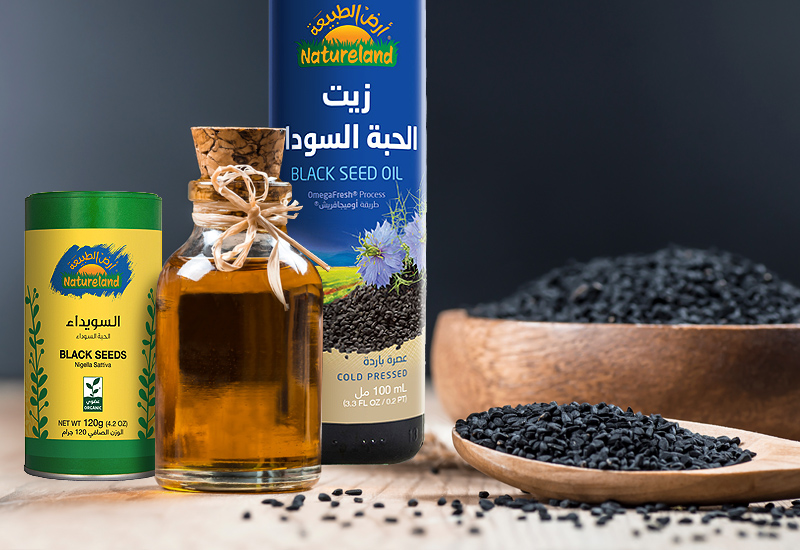 What is black seed?

It is a type of notched seeds produced by a plant known as Nigella Sativa – which is an annual flowering plant in the Ranunculaceae family. This plant is differentiated by its erect and branched stem, the finely divided and linear leaves, and its flowers that are colored with blue and grey. Black seeds have different names like Black Cumin, Nigella and Kalonji. People pay a great deal of importance to these seeds because of their stunning health benefits; especially in the Islamic world where people still remember the Prophet’s Hadiths indicating their health importance and uncountable therapeutic benefits, that we will introduce in details to our dear followers through today’s article.

Black seeds are originated from the Arab world starting with the Arabian Gulf straight to the Atlantic ocean, India, Pakistan and Iran. It is widely cultivated also in different areas from Asia and some Mediterranean countries.

Black seeds contain high levels of Vitamins, Minerals and Vegan Proteins, as well as some unsaturated Fatty Acids. They are rich of Nigellone which is considered as the most powerful antioxidant that could be found in foods. They contain also Glutathione (GSH) and Arginine acid.

Concerning its chemical formula, this type of seeds consists of almost 40% fixed oils, 1% Saponins, and about 1.4% volatile oils.

The Hadith of our prophet MPBUH is perhaps the best description of the Black Seeds’ amazing and unique benefits. The prophet of Mercy said: “Black Seed is a cure for every disease except death”. This Hadith shows us the main importance of this ingredient from the therapeutic perspective. Many nutritionists and health enthusiasts around the globe confirm the large amount of benefits by experience, and by studies on black seeds. A study held in Malaysia that was made on mice has shown that black seeds might be effective in protecting the body from malaria. Another study held in Pakistan has also confirmed the efficiency of black seeds in fighting candida, and in preventing the growth of funguses inside the human body. While other studies have shown that the same food can play a protective role against Liver cancer, Cirrhosis, Hepatotoxicity, reducing the damages caused by Intoxication, and preventing Colon and Breast Cancers by Allah’s will. Another study that was held in Turkey has shown that black seeds are very effective in decreasing the levels of sugar in the blood, while they increase the levels of insulin. Not only this, but the same study explains that the effectiveness of this ingredient on people with diabetes could include Pancreas too by activating Beta cells which are the cells responsible for producing insulin.

One of the recent studies has proven that Thymoquinone may help in treating kidney disease by preventing proteins and Albumin from being released out of the body with urine. Another study held in Saudi Arabia with a special focus on Thymoquinone shows that this latter has positive effects on the levels of Homocysteine, by preventing it to increase, knowing that if this non-protein α-amino acid increases, it may cause arteries disease in the heart, brain and arms.

The benefits on the immune system are remarkable. Black Seeds are commonly used for treating allergies. Therefore, it seems that they not only strengthen the immune system, but helping in regulating it, since allergies are an autoimmune reaction.

Black seeds have many other health benefits including:

No matter which of these benefits apply to you, black seeds are a delicious food that has a large scope of proven health benefits for people of all ages. As Natureland provides you with the best organic foods only, then enjoying organic black seeds from Natureland could be an additional benefit itself. For more information about similar organic foods provided by Natureland, please feel free to visit our Website and follow us on Instagram.