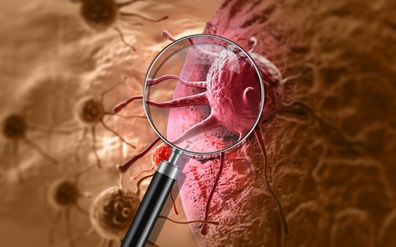 It used to be when a person received a diagnosis of cancer, it was a death sentence. Even if the cancer was removed through surgery, chemotherapy or radiation treatment, it never went away completely. Too often the cancer resurfaced, usually more aggressively the second time around. However, increasingly research is showing that cancer cellscanbe obliterated forgood! More importantly this can be achieved without invasive surgery or painful chemotherapy.

The role of whole food in cancer prevention

As the understanding of cancer grows, it’s becoming increasingly apparent that cancer can not only be prevented through a healthy whole food diet, it can also be completely reversed. Research shows that while various types of cancer have different causes they generally have one thing in common – an overdose in toxicity. The toxicity could be caused by any number of things – stress, poor diet, a sedentary lifestyle, exposure to pollutants etc.

The good news is that whole food that is organically grown has an important role to play in reducing toxicity in the body, no matter the cause. Certain foods have been found to have key enzymes that can target cancer cells and prevent their spread and growth. More importantly researchers have now discovered the important role that specific foods can play in arresting cancer stem cell growth.

It is believed that the reason so many cancers re-occur is because although the tumors were removed or killed off through surgery or therapy, the stem cells remained undetected. Stem cells are believed to make up less than 5% of a tumor and researchers admit that for some time were not even known to exist.

In particular laboratory studies have shown that phenethyl isothiocyanate can cause apoptosis (cell death) in cancer stem cells in as little as 24 hours. These are significant findings in terms of cancer treatment and there are several studies showing similar positive results involving cruciferous vegetables. In addition this compound is activated when chewing cruciferous vegetables, which further supports the role that whole organic foods can play in cancer prevention and treatment.

Most of these studies have related to prostate, breast, cervical and colon cancer where toxicity can accumulate. In similar studies other benefits of cruciferous vegetables, including watercress have shown that these green vegetables have powerful antioxidant capabilities, even going as far as to prevent DNA damage in cells.

As more research is conducted, it is likely to reaffirm the important role that whole foods play in the prevention and treatment of different types of cancer. It highlights the importance of a healthy diet and lifestyle and should serve to encourage all people to ensure that they are including enough of organic cruciferous vegetables in their meals on a regular basis.