Demeter Certification – What it mean for your food and health 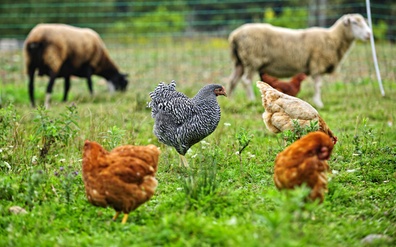 Biodynamic farming takes a holistic approach, taking into consideration the natural bio-rhythms of the earth, seasons, moon cycles, soil, nutrients, composting and crops. No artificial chemicals or fertilisers are allowed and as a result Demeter certified biodynamic farms are reported to consistently produce higher quality crops with a significantly better taste and flavour.

The Core Values of Demeter

The difference between Demeter and Organic Certification

It was Rudolf Steiner’s biodynamic concept that inspired organic farming outside of Europe in the 1940’s and 50’s. In the UK an agricultural professor at Oxford, Lord Northborne coined the term “organic farming” based on Steiner’s biodynamic farming principles that had been applied at his Kent estate. A decade later, R.I Rodale published a book titled Organic Gardening in the USA.

It was largely due to the similarities in soil nutrient management and the avoidance of chemical fertilisers that Biodynamic and Organic farming are considered similar. However, Demeter certification takes organic farming to another level, focusing not only on the individual crop production but the whole farming process and ecosystem.

These are a few of the basic differences:

Perhaps the most attractive aspect of Demeter certification is that it incorporates 12 biodynamic processing standards that have been developed for specific product types. This means that minimal manipulation is required and that the agricultural ingredients can be used to define the products.

Previous Three tasty herb and spice combinations
Next The Respond To The False Claims Of The American Heart Association Against Coconut Oil!
Related Products